Speakers of the conference: 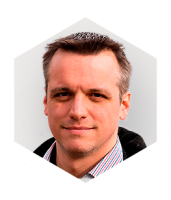 Konrad Gill has 18 years of experience in leading positions in the gambling and entertainment industry. He has focused on implementing innovation ideas of land-based and online casino convergence. Speaker is a founder of ViARsys, the first European company developing virtual reality systems and complex solutions for gaming resources. 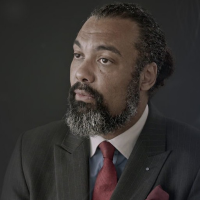 Kevin Williams, the founder of the UK-based company KWP Limited, will make a presentation at the industry conference, which will be held as a part of the XI International gambling and entertainment exhibition-forum RGW Moscow 2017 (June 7-8).

He announced himself in the entertainment industry back in the early days of the computer era in 1984 by designing his first game ‘Bear George’, and remains among those who drive the industry. He has a vast experience in developing and promoting the latest technologies with immersion effect.

In 2004, Kevin founded KWP Limited that provides such services as market analysis, consulting in the field of innovations introduction, technology evaluation and management services, including design, development and marketing. Numerous leading developers require his consulting services.

The work of Kevin Williams is not limited to this. He is a co-author of ‘The Out-of-Home Interactive Entertainment Frontier’ book, a regular columnist for such leading trade publications as Vending Times, Tourist Attractions & Parks, InterGame/InterFun, RePlay Magazine and  a VR news service VR Focus. Besides, Kevin is a founder and publisher of the subscription information eNewsletter service - The Stinger Report. He is also the Chairman of the Digital Out-of-Home Entertainment Network Association, which offers and supports new initiatives for the development of the industry.

A well-known developer, innovations consultant and publicist will make a presentation at the Russian Gaming Week conference on the concept of jackpot in mixed reality in the gambling industry. His presentation will include:

Get registered for RGW Moscow 2017 – major event in the CIS gambling industry.