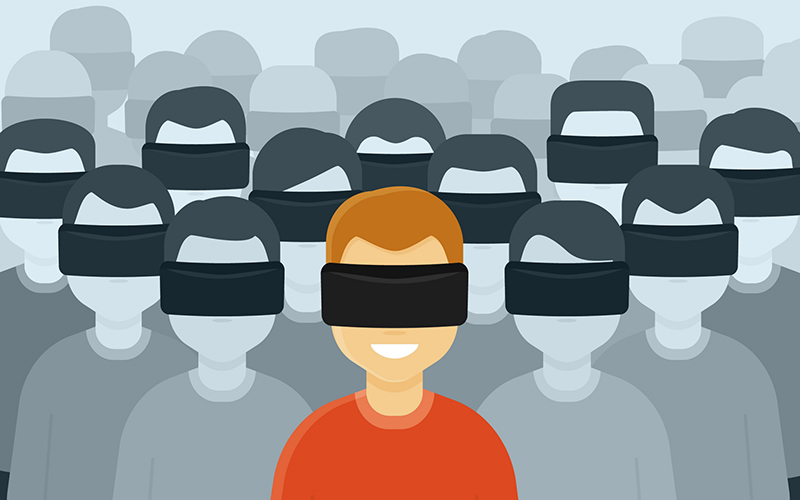 This year, the VR technology sector will face significant changes. At least according to statistics and it can prove anything, even truth, like Noel Moynihan has once said.

Analyzing the market, many experts come to a conclusion that virtual reality technologies will be more available pretty soon. They even specify that the price will decrease by 20-30%, which will be quite enough in order to provide almost each home with corresponding gadgets. Specialists also predict the increase of AR/VR technology amount and expansion of their application area. Besides, the entertainment sector will be still the main pillar of AR/VR industry.

One also expects that:

There will be also the greater amount of VR content designed not for entertainment. Microsoft has already promised to develop application for VR content.

Virtual reality will be an integral part of advertising. The launch of Windows Holographic significantly speeds up this process, allowing to create various interactive advertising, 3D banners etc.

And what about VR gambling?

Technology development will change the vision of this entertainment type soon, as well. Analysts already notice the growth of virtual casino popularity. They allow users to transfer into world’s best gambling venues without living home. Players can feel their atmosphere and behold their magnificence personally.

And even more: users will be able even to behave like in real casinos. They won’t be just spectators, occasionally pressing on buttons to choose a bet, but rather become direct game players. In other words, they will have to put poker chips on the table during betting, shuffle and set out cards, press the levers during slot games etc. All of this will create brand-new experience and allow gamblers to appreciate the gambling industry in a fresh new way.

Currently, such technologies are just being implemented into life, but eventually, they will turn into unforgettable virtual trips.