The first specialized VR|AR GAMBLING Conference has been a success! 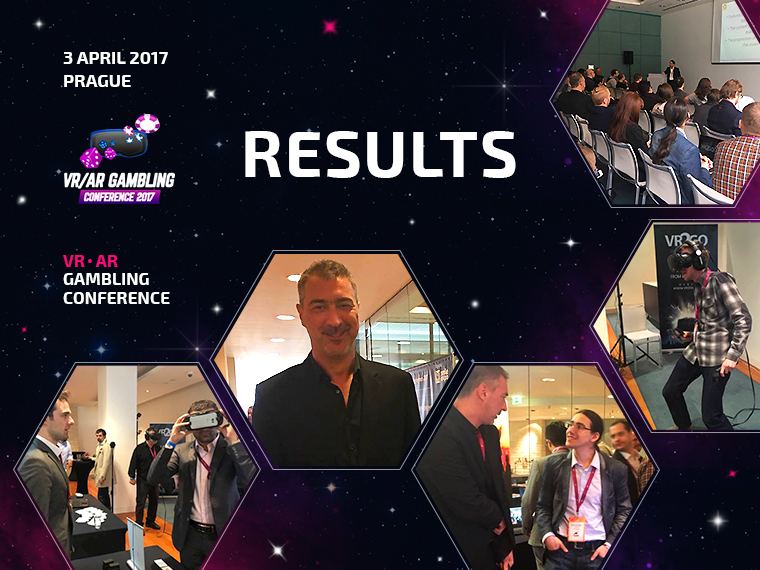 On April 3, 2017, Prague brought together leading VR/AR gambling professionals and evangelists from the USA, the Netherlands, Germany, Austria, Israel, Spain, France, the Czech Republic and Russia to establish efficient collaborations in VR|AR and gambling sectors.

The presentation of Alexander Tomic, the founder of world’s first VR online casino, called Virtual reality in e-gaming was one of the most anticipated in the Business section.

The special guest of the Developers section was Amir Ebrahimi, Principal Software Engineer at UNITY.

Due to the fact that the audience was as much engaged in the VR|AR GAMBLING topic as possible, the conference included a continuous cooperation between attendees and speakers. The most relevant issues were raised, participants tried to inscribe speakers’ slides, and presentations complemented each other.

An integral part of the conference was the networking zone from I-mmersive, Advir.co, VR2GO and other companies that became a platform for communications, sharing contacts, testing new gambling technologies.

The main conference goal was the development of the VR|AR GAMBLING sector and establishment of the platform for cooperation and efficient interaction between all market players.

The conference was held due to the support of the Gold and Lanyard Sponsor – BetConstruct.

The event organizer, Smile-Expo that always implements the most innovative and interesting projects, expresses gratitude to all guests and participants for their interest and engagement in the event. See you at the next conferences!

I think VR is over the critical point to be questioned either if the technology will play an important role in our future life or not.

This is where the gaming industry comes in. It can play a key role to contribute to VR’s road to mass adaptation.